The 27th annual Critics’ Choice Awards will air early 2022 on The CW and  it is always the greatest night of the year! Many of the 2021’s finest films will compete for prestigious honors, some of which also have made my Top 10 List! And I’m just gonna own this up front: For the last several years, my #1 movie is a musical… as is the case again this year. So whether I’m conscious of it or not, The Musical is my fave genre. To that end, 2021 was unprecedented (in modern history) with almost one new musical film every month. In previous years (and decades), we’ve been lucky to get merely one musical in a year. Sadly, it seems the pendulum is swinging the other way because “Hollywood” is so fickle on the commodity, especially when opening weekend box office (Spielberg’s West Side Story) is so highly considered. Gratefully, Wicked has already announce lead casting! As for the best of 2021: 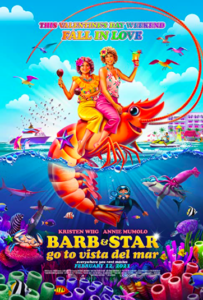 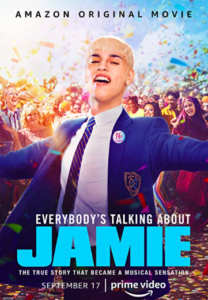 Based on the true story of the person in high school I wish I had the courage to be – not because I wanted to be a drag queen, but because this protagonist is his own hero, comfy in his own skin and made provided the gamut of emotions from happy to sad and exhilarated all in one film! Also the first of 5 musicals to make this year’s list! 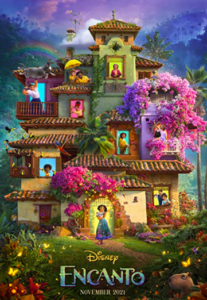 A new musical from Lin-Manuel Miranda?! Sign me up. He provided 3 of my 10 fave movies this year and his talent is boundless. He wrote the songs for this new Disney animated classic that breaks the princess mold, featuring a magical family and house to die for! 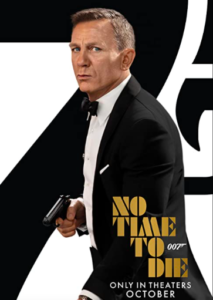 So long Daniel Craig! Who’s next, 007? This installment in the prestige action franchise was exquisitely made.

6) SHANG-CHIA AND THE LEGEND OF THE TEN RINGS 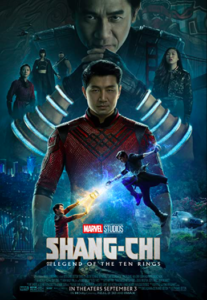 When Marvel goes to… Oz?! That TaLo location looked a lot like the landscape in Oz the Great and Powerful. And while there was no actual wizard here (Doc Strange), it’s my current fave Marvel movie and so much fun to watch. That bus scene is still what?!?! 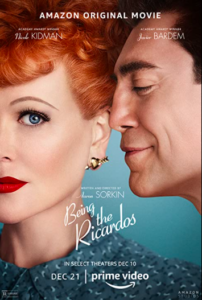 Can you imagine me not including Nic in my best-of list? I can’t. I was the one from the first casting announcement shouting, “Just wait till you see it!” The phenom can do anything she puts her mind to and proves it once again with this iconic performance as icon Lucille Ball. The script, the drama, the range! Kidman is God. 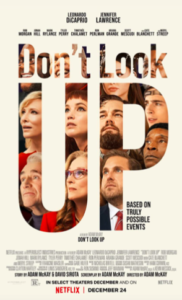 Satire at its finest and most timely fashion. This dramedy gives a surprising turn by Cate Blanchett, and my fave perf of Leo’s in his career. Adding Jenny Law, and Ari Grande (Glinda in the upcoming film adaptation of Broadway’s Wicked) and it’s just hilarious, cool, scary, raw, and right now. 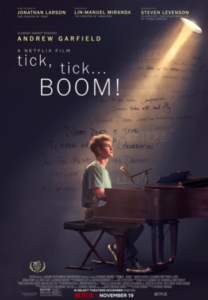 Among the strongest directorial debuts of all time, Lin-Manuel Miranda proves to be the ultimate talent threat! Channelling his inner Jonathan Larson to make a film more touching the the movie adaptation of the stage hit RENT,  it’s a love letter to Broadway, Larson, Sondheim, and so much more. 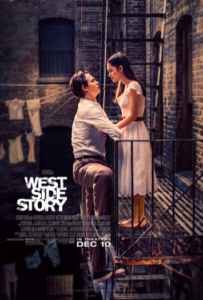 Always wondering how Spielberg would do a musical, this definitive answer is among the best movie musicals ever made – every single thing = perfection! The lighting, the voices, the emotion… the reinvention of a classic in a way that can live beside it and stand on its own… a magnificent achievement in film, in musicals, in a director’s legendary career. 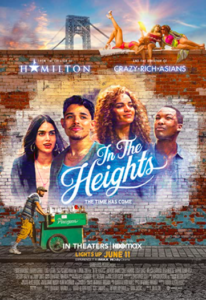 Lin-Manuel Miranda’s pre-Hamilton Broadway hit brought to the screen by Jon M. Chu – the best director of his generation (next taking on Wicked), is the best film of 2021. Don’t be fooled by the disservice paid to it by awards season – because it deserves ALL the nominations and wins! This is the Best Picture and Best Director of 2021. I watched it 6 times in a week when it came out and could easily turn it on again right now. That’s why I love movies – and my faves are ones I watch again and again – they’re always here for us whenever we want them. In the Heights  is a touching, exciting, ode to a place, people and time that is both specific and universal all at once.

If I could choose more than 10: I also loved Dear Evan Hansen, Spider-Man: No Way Home, Raya and the Dragon, and The Eyes of Tammy Faye.