For over seven years and counting, Ryan & Caroline (his former radio co-host) have appeared bi-monthly in the pages of Us Weekly magazine as Fashion Police. Together, they’re always at the ready to issue fashion citations to celebrities from the A-List and beyond. Look for their cheeky quips on newsstands every other week.

Here is a sample of some of Ryan & Caroline’s first-ever Fashion Police quotes: 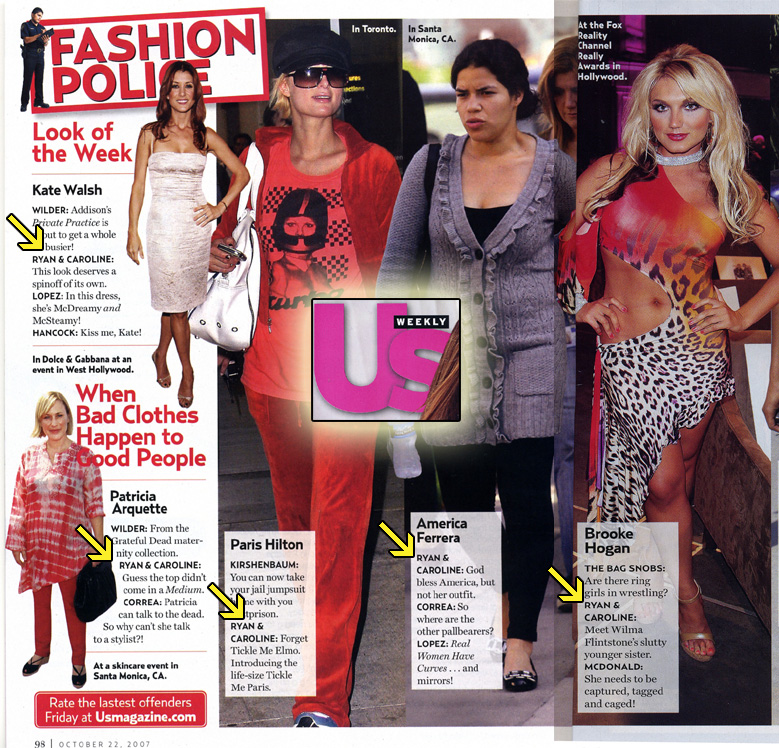 Ryan has appeared on The Morning Blend as Fashion Police, dishing on the 2013 Emmy Awards and commenting on mens fashion trends: