The 28th annual Critics’ Choice Awards airs January 15th, 2023 on The CW and it is always the greatest night of the year! Many of the 2022’s finest films & TV series will compete for prestigious honors! These are my favorite movies of 2022: 10) BULLET TRAIN 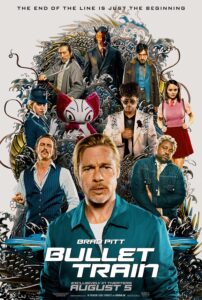 Stylish and exciting. Love this ensemble cast and mix of comedy, action, and new effects. 9) MRS. HARRIS GOES TO PARIS 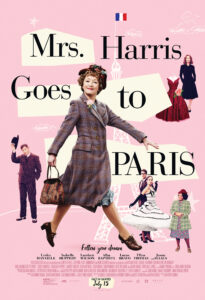 A charming fairy tale for a woman of a certain age. If you can’t actually visit Paris, this is a fantastic getaway. Long live the underdog! 8) MEN 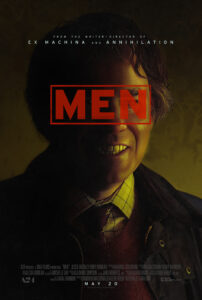 From the genius mind of Alex Garland (writer/director of EX MACHINA and DEVS), nuff said. Like his previous work, the entertainment offers much food for thought. It’s so fun to watch his films or TV productions, and discuss, dissect and debate. 7) THE MENU 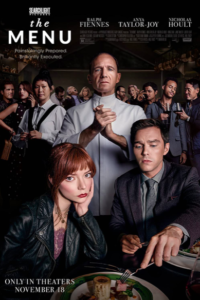 One of the best thrillers. 6) FANTASTIC BEASTS: THE SECRETS OF DUMBLEDORE 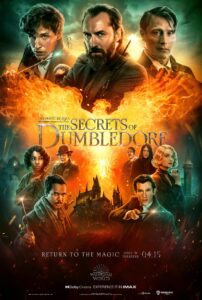 The best in the trilogy. SUPER bummed it didn’t meet studio, or other fans’, expectations. What was going to be part 3 of 5 now serves as the final installment of a trilogy. 5)  BROS 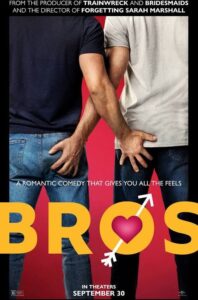 As LOL funny as any film from producer Judd Apatow, and the first, ever, with which I could relate to and identify. 4) TAR 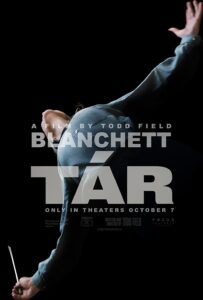 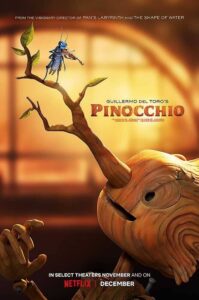 Never a fan of the story, so disturbed by the sinister threats to innocence in both theme and evil character, this adaptation swells the story, subplot and roles. The visuals, vocal talent & songs shine. 2) ROALD DAHL’S MATILDA THE MUSICAL 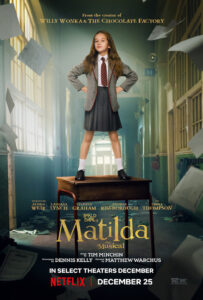 I missed the show on stage, vaguely remember the 1996 film and never read the book. The songs are complex, smart and worthy of anthem recognition. The cast, especially young Alisha Weir in the titular role, steals your heart. You’ll laugh. You’ll cry. Yadda, yadda… 1) SPIRITED 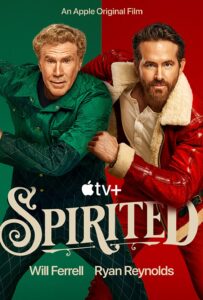 With instantly catchy and classic songs by Pasek & Paul (whom have been ROBBED of nominations so far in original song categories!), it’s “The Greatest Showman” meets “A Christmas Carol!” Ryan Reynolds, Will Farrell, & Octavia Spencer can sing & dance; and it’s as funny as it is touching. By far – my favorite film of the year and a new one to enjoy annually at the holidays. If I could choose more than 10: I also enjoyed Enola Holmes 2, Glass Onion: A Knives Out Mystery, Death on the Nile, Emancipation, and Babylon.