Moonlight is one of the breakout films of the year. Garnering much buzz heading into the prestigious awards season, the movie deserves the accolades, though is still quite an underdog, considering the themes and casting. But once in a while good things happen to good movies. I love it when a film with great story, made with high artistic integrity receives its due attention! When I saw the film, as noted in my review, one of the stand out elements is the score – exquisitely cinematic, classical and epic – completely incongruous while juxtaposed with the story in one of America’s inner cities. But it elevated the value of the film, proving music is universal. And then more than dissonant in blending tone of music and story – it clicks together beautifully. 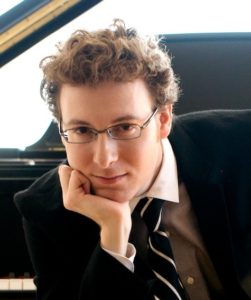 I loved this film and this score is one of the year’s best. What an honor and thrill for me to be able to interview the composer who wrote not only this musical score, but also those for the Oscar-nomnated The Big Short, and Oscar-winning 12 Years a Slave, among many others. He further co-produced the movie Whiplash – where music is dead center in the plot. My interview with the brilliant Nicholas Britell:

RYAN: Hi Nick! Thank you very much for taking the time to answer a few questions about your enchanting score for Moonlight. It’s a standout and my fave score of the year so far!

1) How did you become a part of this project?

NICK BRITELL: First of all, thank you so much – I’m so glad you enjoyed the score! I was first introduced to Moonlight’s director Barry Jenkins by Jeremy Kleiner from Plan B Entertainment. Plan B produced The Big Short which I scored, and I had also collaborated with them on 12 Years A Slave. I was a big fan of Barry’s first film Medicine for Melancholy, and I was very honored to get the chance to meet him. We first met up for coffee in downtown LA and then continued the conversation over e-mail. I sent Barry an extensive playlist of music that inspired me, from The Isley Brothers to Bach. We found early on that we really shared a similar musical vision for the film.

RYAN: 2) The score often sounds classical – incongruous with the time and story unfolding in the film. How did that sound come about in scoring for this film?

NICK BRITELL: After reading the script and watching the first cuts of the film, the first word which came to my mind was “poetry.” Moonlight has a truly poetic sensibility – there is beauty, intimacy, tenderness, and sensitivity. I began by exploring that idea – what is the “sound” of that poetic feeling? With each project, I really try to find a sound palette which feels woven into the fabric of the film. Inspired by that feeling of poetry, among the first tracks I sent to Barry was a piece I wrote called “Piano and Violin Poem.” This music became the main character Chiron’s theme. There was also another very important element within the musical landscape of Moonlight, and that is the concept of “Chopped & Screwed” music and technique. Barry was very inspired by Chopped and Screwed music, which is a genre of Southern hip-hop in which songs are slowed way down and, in doing so, the pitch shifts lower. The resulting music is deepened and enriched. Early on, I said to Barry “what if we applied this technique to the score itself?” I immediately began experimenting with these techniques, and the compositional process became a sort of two-step endeavor. I would write and record pieces of music inspired by the film, and then I would begin experimenting with chopping and screwing them to “morph” the pieces in a variety of ways.

RYAN: 3) The placement of score on screen often heightens emotion within the scenes of Moonlight – what was your collaboration like with director Barry Jenkins in finding the places for each interlude?

NICK BRITELL: That’s a great question. The process of figuring out where music is placed in a film always feels a bit like alchemy. There are no set rules as to where music should go; for each film, I feel it is a process of experimentation and really getting in tune with the character of the film. On Moonlight, Barry and I worked extremely closely together on placing the music and trying out ideas. Barry had very immediate instincts on where music should go in the film. And in fact, figuring out where there should be silence was incredibly important as well.

RYAN: 4) Did you face any challenges or “writer’s block” in composing for this film? If so, how did you overcome it?

NICK BRITELL: Actually, I was fortunate to not really face any “writer’s block” on Moonlight! The experience of working with Barry was very, very inspirational – with his direction, I always felt like I had an interesting musical path to explore. Certain elements of the film were definitely more challenging than others, however. One of the challenges I faced was of how to maintain a sense of cohesion across the different chapters while still allowing the music to evolve. Certain themes recur throughout the film, but each time they are modulated, orchestrated with different instruments, or chopped and screwed. Through techniques such as those I was able to “link” the chapters while enabling the music to transform over the course of the film.

RYAN: 5) What film score or composer most inspires you and might even influence your own work?

NICK BRITELL: That’s actually quite a difficult question because there are so many composers and scores that inspire me. The first score which deeply inspired me was Vangelis’ music in the film Chariots of Fire. I first saw that film when I was 5 years old and, after hearing the music, I went to an old upright piano we had in our apartment and tried to figure out how to play the music. I loved it so much that I asked my mom for piano lessons. So, in some ways, that is the music which might have had the most impact on me!

Thanks For Viewing The Moonlight – Interview with Composer Nick Britell