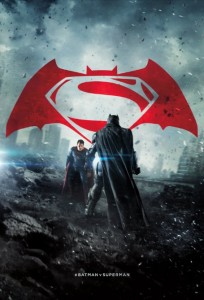 RYAN: I’m joined by several associates for this super-packed review because I wanted to share as much expertise as possible for this one. I’ll begin by saying I loved this. It’s a hefty movie. It’s less like a typical superhero movie and more like a great drama with grit whose characters happen to be superheroes. It’s a sequel to Man of Steel, yet a reboot of Batman from the Dark Knight series, and then launching into the Justice League. It’s an ambitious movie. DC is dark, real and cool, making the Marvel movies look like Tim Burton’s Batman – more colorful and kiddie in comparison.

KIM: Superman is my favorite hero of all time and while I liked Man of Steel, I liked The Avengers more. But this movie pulled me back into the DC universe, especially with the addition of Batman and Wonder Woman. What a powerhouse film! I’m so excited.  And can we just shout out Diane Lane and Holly Hunter who both look so fabulous. The strong female characters are amazing.

RYAN: Let’s talk Wonder Woman. Gal Gadot. Finally we’re getting her on the silver screen and it’s excellent. I wanted more of her. I’m so psyched the stand-alone Wonder Woman movie is next year. The controversy with her casting was that she may be too skinny. But her workout paid off. She looked strong and still glam. There’s not a minute where she seems weak.

KIM: No. You don’t falter for a second worrying about her. She’s in the fight.

CHUCK: There wasn’t a second where we thought she was weak or couldn’t hold her own. And I loved her costume – it’s modern but harkens back to the Lynda Cater costume that’s so iconic. And I love that they kept her accent. Rey in Star Wars and now we’ve got Wonder Woman – it’s time for the female hero. This is huge after being so male-dominated forever.

RYAN: What about Black Widow in The Avengers?

KIM: Wonder Woman is so much more iconic and all American She’s been around for decades in all media. She is a much bigger deal than Black Widow. Superman is to men as Wonder Woman is to women.

CHUCK: And there have been so many attempts at doing something with Wonder Woman since the Lynda Carter TV series and this is the first time it’s finally happened.

RYAN: Now the other major controversial casting here was Ben Affleck as Batman. But I’m just gonna call it – he’s the best one since Michael Keaton. He’s better than Christian Bale – he’s got such a better voice! We all complained about the obnoxiously low Batman voice for Bale. Batfleck is amazing. And now to Michael, my Batman expert – thoughts?

MICHAEL: If the role had gone to a lesser-known actor, no one would have had a problem with it. It’s just that Ben is a huge A lister so people moaned. Visually Ben is a great Batman. And he didn’t direct Daredevil, so you can’t hold that against him.

RYAN: Such a good point. So how did you like him compared to the other Batmen?

RYAN: They made his hair look like George Clooney’s with some grey on the sides.

MICHAEL: That’s the point. Bruce is older. It harkens to what this movie is based on. Zach Snyder adapted the comic book Watchmen… and I said going into this one that this has to be the best Zach Snyder film ever made to work – and it is. He reduces the color palate in every movie he makes – 300, Man of Steel –

RYAN: But that does fit in with the DC look for The Dark Knight series – all much darker and desaturated.

MICHAEL: But this is Batman v Superman. This is a bit more vibrant that Man of Steel but it’s still darker than others. One thing I have to mention that is a total break from the comic source material is that Batman killed a lot in this movie. He used a gun. And that’s a big no-no. Batman never kills or uses a gun.

RYAN: Interesting. Also it’s noteworthy how this movie overshadows what’s happening politically. Right now people complain about the media giving too much attention to “a certain candidate,” and this movie sort of shows the media manipulating perception as well. Gotham versus Metropolis – it was cool seeing them coexist.

MICHAEL: See that was terrible. They are not across the river as seen in this movie. I hated that. They’re supposed to be as far apart as NY and DC.

RYAN: Yeah this movie made it look like 20 minutes away.

MICHAEL: I did see some influences in this film from certain comics and Frank Miller. And during the Batman flashback to childhood scene, in front of the theater, there was a poster for Excalibur which I thought was cool.

RYAN: I was psyched there were three Wizard of Oz references in the film. One was cool, but then the others really made me perk up. So great! It reiterates how iconic and deeply woven Oz is within the fabric of cinema and pop culture, Americana. There are great twists and surprises. And while we’re not doing spoilers, it’s one of the greatest climaxes ever seen on screen.

KIM: It’s overtaken Avengers for me. That has been my top movie and this now surpasses it.  The effects are amazing but they ever look fake. You feel like it’s real and could really happen. Batman’s car and ship all seem authentic.

MICHAEL: And they were still true to Bat brand.

CHUCK: There are a lot of Christ references also, and spirituality.  It deals with the themes of God and what God is.

MICHAEL: His story is Moses.

RYAN: Lex Luthor. Didn’t love. He was the only weak link for me. He was overacting and trying way too hard. He grunted a bit after lines which was super annoying.

KIM: I agree he was over the top but i loved his facial ticks.

MICHAEL: He had rage.

KIM: He was good, not great.

RYAN: I still find it disturbing, having lived in New York during 9/11, to see cities destroyed on screen. It’s not just this movie – we’ve seen it a lot over the last decade, but it still disturbs me and I fear were becoming desensitized to the image.

MICHAEL: Man of Steel, Avengers, Transformers – all of these movies bring it. And this one is coming out in March, but has to be as good as a summer blockbuster.

RYAN: DC and Marvel sort of parallel one another. Superman and Thor are both aliens. Iron Man and Batman are human…

MICHAEL: And Wonder Woman is like Captain America – a person out of time. There were some clues in this movie for what’s to come in her solo movie next year. She was good. She came with it. What about the music?

RYAN: I loved the score, especially in the climax. I sat up in my seat and thought, “This is it. Here we go.”

MICHAEL: I thought it was horrible. It didn’t work for me at all in this movie. The music was just noise to me. In old movies, Batman and Superman had themes.

RYAN: But that was John Williams. They’re going for something different here. It’s Hans Zimmer.

CHUCK:  And Zach Snyder has the ability to do what he wants in creating the atmosphere for this universe. Going with a less- melodic score, he obviously wanted it in keeping with a more realistic, less fantasy environment.

RYAN: Visually, this movie was a bit reminiscent of Mad Max: Fury Road – but with cleaner hair.

CHUCK: (laughs) I can see that in moments.

MICHAEL: There were cool glimpses into what’s coming up in the next movies, but I wish there was more than just the little bit. Suicide Squad is coming up soon. I’m looking forward to it. I liked this.

KIM: This is now my favorite superhero movie. It was just awesome. DC knocked it out of the park.

CHUCK: It’s time DC has caught up. They have a voice and it’s great.

RYAN: I loved it. It’s so different from Marvel. DC has really staked it’s own territory. See it in on the big screen. And bring on the Wonder Woman!

Thanks For Viewing The Batman v Superman: Dawn of Justice Review